BC Bankruptcy, Filing For Bankruptcy in British Columbia

British Columbia is one of the wealthiest provinces in Canada, with per capita income levels higher than the national average. The higher average income helps explain why BC residents are paying off their debt faster than the rest of the country. At the end of 2012, the average Canadian’s consumer debt was growing more quickly than his or her income. However, by early 2013, BC residents had reduced their consumer debt by about $1,500 on average from the fourth quarter of 2012.

While that is good news, BC residents still have the highest levels of consumer debt in Canada. Many are having difficulty coping with their consumer debt and are looking for a way to pay off their creditors quickly and save money at the same time. While there are several ways to do this, including debt settlement, debt consolidation, credit counselling services and the consumer proposal, some Canadians find that the only way to get out of debt is to file for bankruptcy in BC.

The Basics of a BC Bankruptcy

Bankruptcy in Canada is designed to help individuals who have no reasonable chance of paying off unsecured debts such as credit cards and installment loans. The Bankruptcy and Insolvency Act of 1985, which is periodically revised and updated, governs bankruptcy in British Columbia and the rest of the country. According to this law, a person who owes at least $1,000 to his or her creditors is eligible to file for bankruptcy. BC residents who end up filing for bankruptcy, however, usually owe a lot more.

You file for a bankruptcy in British Columbia through a licensed bankruptcy trustee, who administers your personal property through a trust in order to settle debts with creditors. Essentially, the trustee’s job is to make sure that your creditors get as much of what you owe them as possible. This means that while a bankruptcy erases your debts, you will often have to surrender at least some property in the process. Proceeds from the sale of your property are distributed to your creditors, and sometimes even the property itself is handed over. However, when you file for a bankruptcy in BC, there are property exemptions that allow you to keep at least some of what you owe. The bankruptcy process typically lasts no more than nine months. If you abide by the bankruptcy agreement during that period, your trustee will recommend a discharge that erases your unsecured debts.

Pros and Cons of the BC Bankruptcy

For many people, bankruptcy seems like the perfect solution. If there is no other way to get out of debt, bankruptcy releases you from your obligations and allows you to start over financially without losing everything. Bankruptcy also enables you to get financial counselling to help you avoid similar problems in the future. Moreover, debt collectors are legally required to stop contacting you once you file for bankruptcy.

On the other hand, there are many reasons why you should pause before you file for bankruptcy. BC residents see their credit suffer for seven years (and in some cases up to 14) after a bankruptcy is discharged, making it difficult to get new loans and the most affordable rent, mortgage, and interest charges. A bankruptcy will also force you to surrender a great deal of your property. Unless other arrangements are made, you will have to surrender:

Bankruptcy is the option of last resort, and you should learn about the other options available to you before applying. Fill out the Canadian debt relief form for more information on debt solutions and your options.

get your free savings Estimate

how much do you owe?

I have a decent credit score (697) but am having trouble getting a car loan due to several late car payments. How long do I need to make on time payments too balance that out? Or could I get the late payments taken off by the bank since the account is up to date now?

Ask an expert with our Anonymous Q&A. 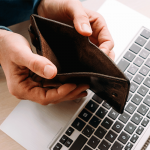 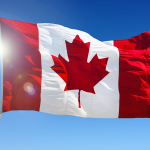 What is National Patriots’ Day?

Apple Card: Apple wants to make it even easier to charge

Reduce Your Payments By Up To 50%

HOW MUCH DO YOU OWE?